How to Unblock a Toilet 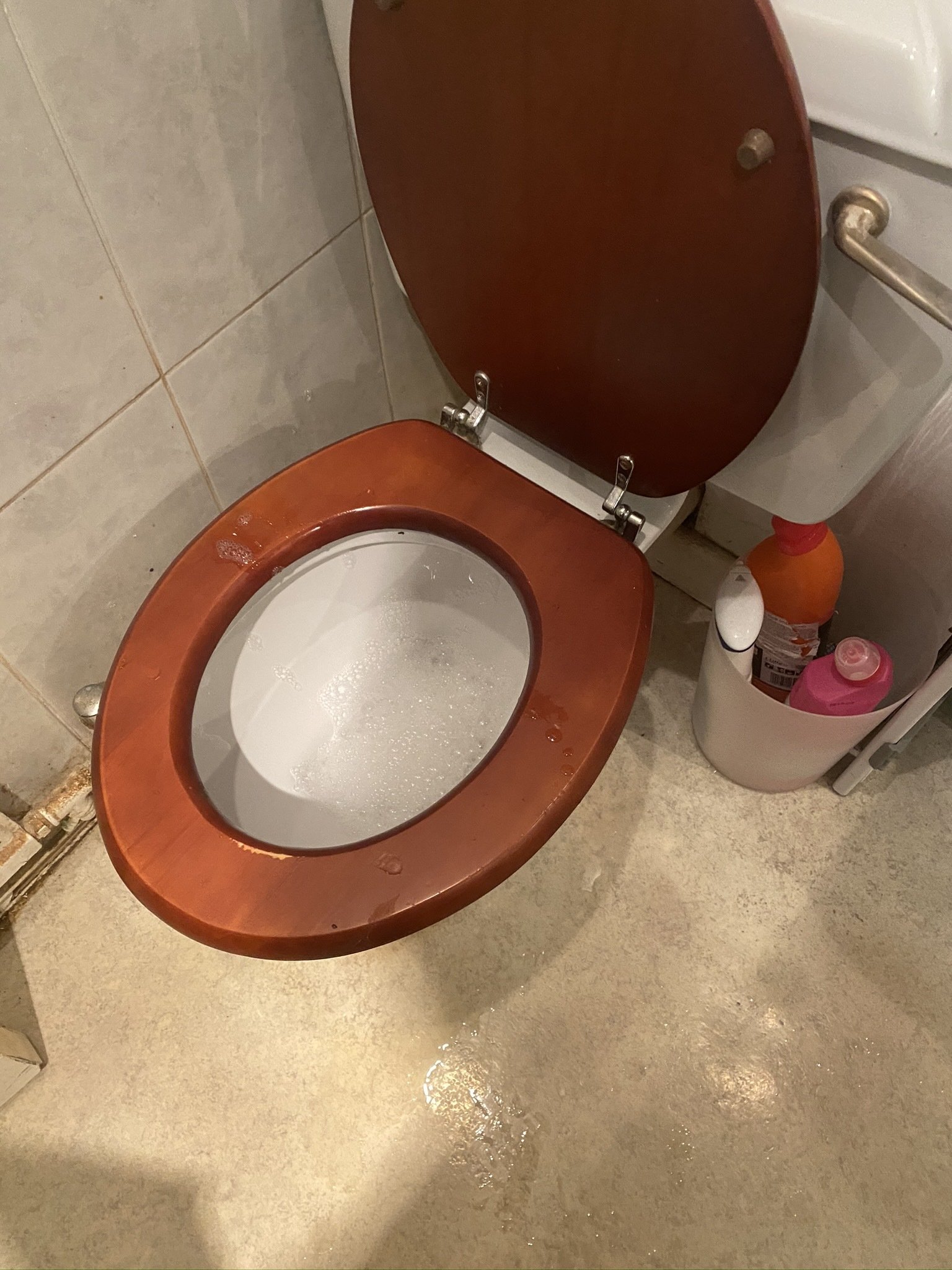 A blocked toilet can be a real nightmare. And for some reason, it often seems to happen at the worst possible moment. This guide explains how to unblock a toilet and how to prevent toilet blockages from happening in the first place.

Unblock a toilet using a plunger 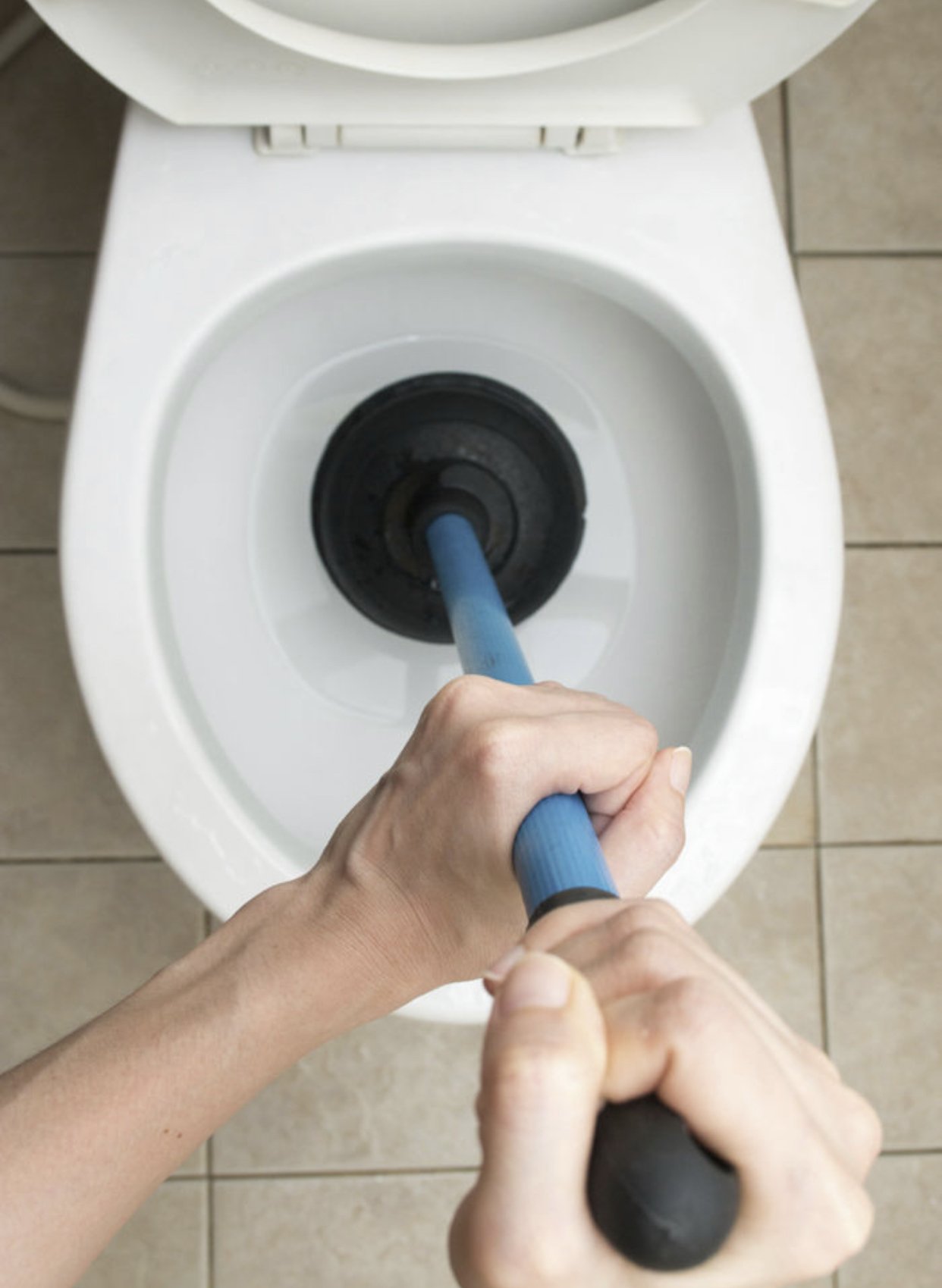 It’s so easy to panic when a toilet is blocked, but taking a few moments to protect, prepare and plan can save a lot of problems down the line. If you have a toilet plunger handy, follow these six simple steps to help unblock your toilet.

You will need the following tools and supplies to help you unblock a badly blocked toilet:

Don’t use your best towels to soak up toilet water, and don’t try to sop up any overspill with toilet paper. Instead, use old towels or newspapers to soak up spills and protect the bathroom floor. Protect yourself with rubber gloves and wear old clothes.

3. ENSURE THE TOILET WILL NOT OVER FLOW,

Before you start unclogging, it’s important to ensure the toilet won’t overflow. There should be a shutoff valve in the pipe coming out of the wall behind the toilet.

4. MAKE SURE YOU HAVE THE CORRECT PLUNGER,

If you haven’t found an obstruction that you can remove manually, it’s time to try moving onto a rubber plunger. While this is often the simplest way to unblock a toilet, it can often be ineffective simply because you’re trying to use a sink plunger to unblock a toilet!

Toilet plungers have a fold out flange that folds up into the plunger cup when not in use – plungers without this flange are for sinks. The flange creates a secure seal, which speeds up the process, by completely covering the hole. A toilet plunger should also be completely submerged in water to work, so if the toilet isn’t full of water, you may need to add some using the bath, or sink, and your handy bucket.

Tip: Soften the toilet plunger by soaking it in hot water for five minutes before use. This should make a better seal and will tend to perform more effectively.

5. CREATE A VACUUM WITH THE PLUNGER,

Place the plunger under the water, completely covering the pipe. Slowly and firmly push down to create a seal, then pull up to create a vacuum to dislodge the blockage. Repeat this activity, increasing the speed with which you work, and expect to continue for at least 15 minutes.

With any luck you will find that the water drains and the blockage is either sucked out or dissipated. If the toilet drains but the blockage doesn’t go away, fill the toilet with more water, back to its standard level, and then start plunging again. Stubborn clogs, especially those composed of hair and/or moist toilet wipes, can require several rounds of plunging.

Once you’ve used your plunger, it’s important to give it a good clean. The easiest way is to wash it off in the toilet while flushing the toilet a few times.

This also serves to keep any blockage moving away from your property into the mains drainage which has a bigger bore. To disinfect a plunger that’s been in contact with nasty stuff, pour household bleach and washing liquid into the toilet bowl, put the plunger head in the mixture and swirl around for a few minutes, then rinse as above using the toilet flush.

Unblock a toilet without using a plunger

Begin by putting down newspaper around the toilet to catch any spills or splashes and pulling on your rubber gloves. Begin by collecting a few household items that will help you unblock your toilet:

Here are 4 of the best ways to unblock a toilet without a plunger: 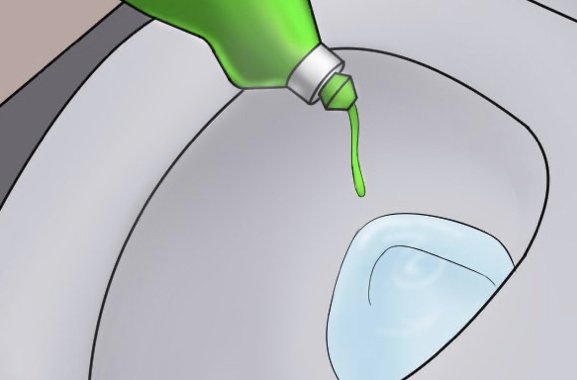 The first attempt to unblock your toilet without a plunger should be ordinary washing up liquid. Pour around half a mug-full into the toilet, dripping it around the bowl so that it forms a ring around the waterline and then criss-crossing the water itself.

Leave for half an hour to dissolve the clog somewhat and then fill your bucket with hot water and pour it into the toilet from about waist height – the force of the water will help to dislodge the blockage.

Leave for a further ten minutes and then flush. With any luck, this will completely remove the blockage. However, even if it doesn’t dissolve whatever it was that clogged the toilet, watch out for the water level dropping. If that happens, repeat the process again with the washing liquid and hot water and you should find that it dislodges the rest of the obstruction.

To ensure the material that has clogged the toilet is completely dispersed, immediately put a mugful of baking soda and two mugfuls of vinegar into the toilet bowl. Let this bubble away for at least thirty minutes to break up any remaining material that is clinging to the sides of the toilet and then flush again. 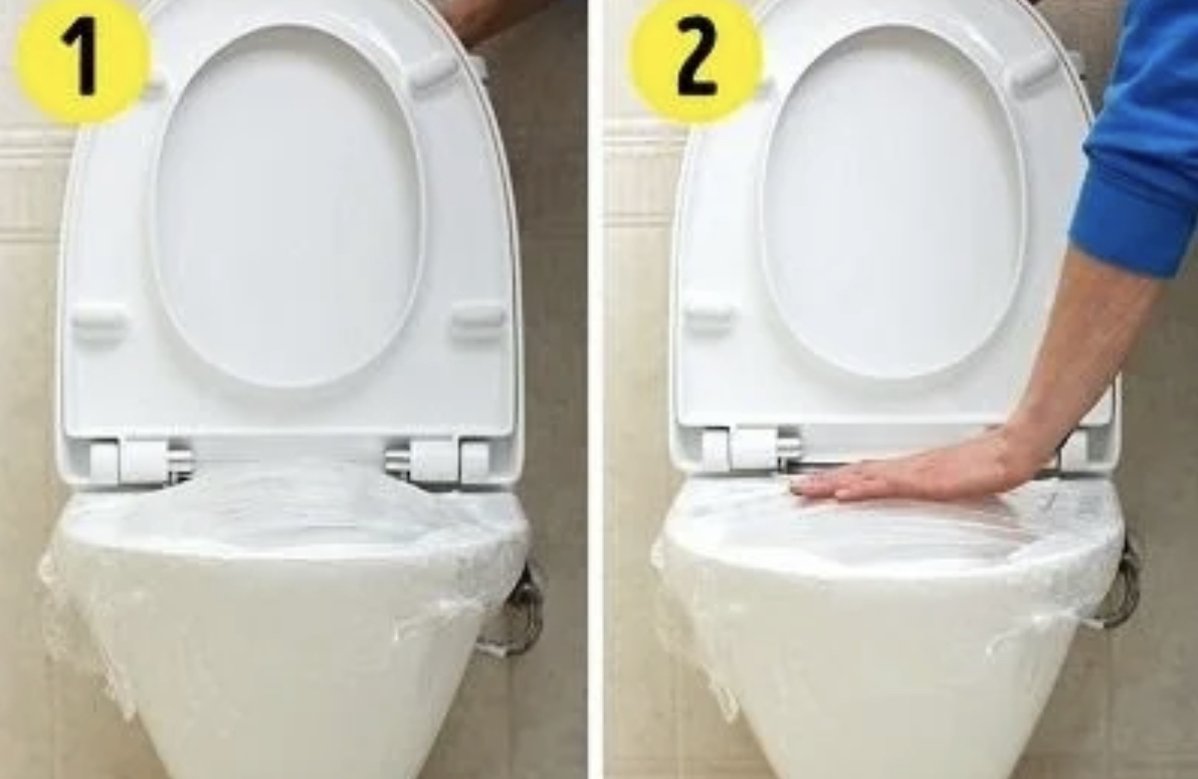 This toilet clearing measure has a mixed reputation. It seems to depend on the water pressure in your toilet system – so if you have high pressure, this works really well, but if you have low water pressure then it’s often ineffective. Because it’s a low invasive method it’s often a really good one to start with.

Make sure the surface of your toilet is dry, using an old towel. Cover your toilet bowl with three layers of cling film, ensuring that the whole area is covered and you have pressed the cling film firmly down onto the porcelain, to make a good seal. When you flush the toilet, you should find that the cling film will balloon upwards as a result of the pressure of the flush. Push down slowly on the raised clingfilm to reverse the suction and ease the blockage down into the main drain. 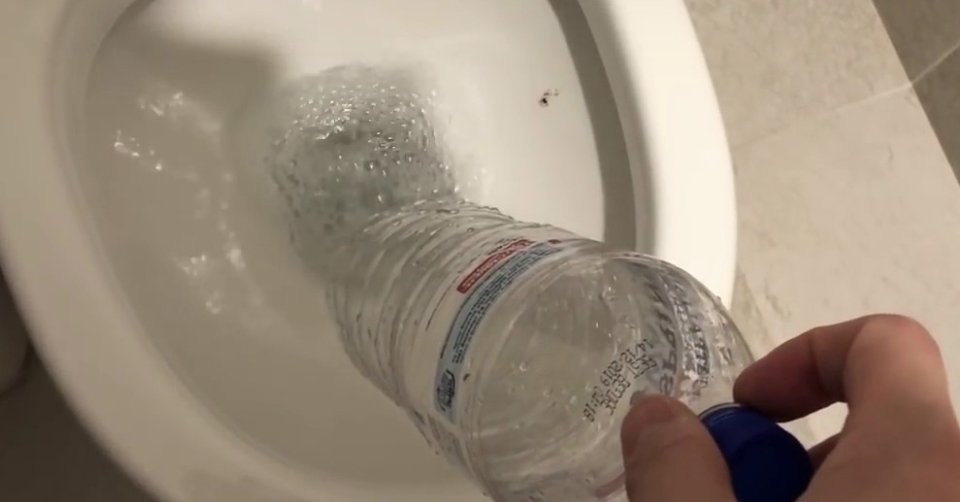 You need to begin by putting on those rubber gloves and some old clothes and making sure your newspaper is in place. To make this work you need to bail some of the water out of the toilet, you can do this using a small (and disposable!) container and pour it into the sink or a bucket.

When you’ve removed a degree of water so that you can get your hand into the toilet bowl without causing water to slop over the side, take a large plastic bottle and cut the bottom off. Either replace the lid or put your thumb over the top to create a vacuum. If your thumb isn’t big enough to cover the neck completely, use some cling film and an elastic band to create a seal that operates like the lid.

Now push the open end of the bottle into the toilet bowl and plunge it up and down vigorously, ensuring that it remains completely under the water. This creates a vacuum within the pipe that actually sucks the blockage back into the main drain. 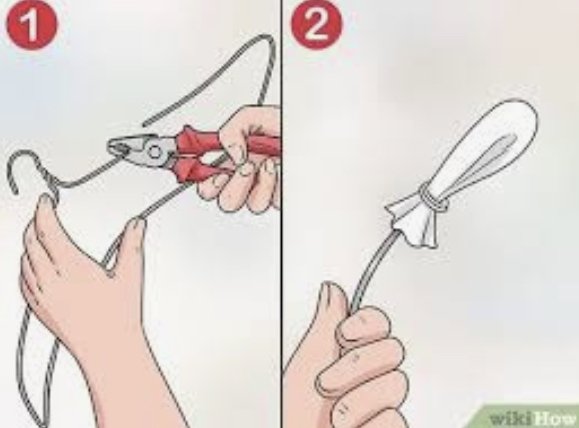 Unwind a wire coat hanger until it’s straight. Bend one end back up to form a U shape and use this end to push into the toilet. Push and pull at the obstruction until it begins to break up and flows away down the mains drainage.

While this is one of the easiest ways to unblock a toilet, it’s also one of the systems that often has only partial success. It should be used in conjunction with the washing up liquid system or the plastic bottle system to ensure complete removal of the obstruction rather than just poking a hole in it, which leaves it to re-clog again.

How to stop getting blocked toilets

One of the easiest ways to keep your toilet clean and obstruction-free is to make your own toilet bombs. You’ll need:

Mix the baking soda and citric acid in a glass bowl. If you have sensitive skin, it’s a good idea to wear gloves during this process. Then mist the blended powders once or twice with water, stirring with the spatula until the mixture starts to come together – you need very little water for this, if it starts to fizz then you’ve added too much. Drop in your favourite blend of essential oils: rosemary, peppermint, lemon, and bergamot are all popular for their clean fragrances.

Press the mixture into the ice cube tray with the spatula and leave overnight to dry. Store in a large jar in the bathroom, and drop one or two into the toilet bowl last thing at night to fizz away and clear any potential blockages while you sleep.

If you still can’t unblock the toilet